The BBC, Talk Radio and the Streets of London

In News, Out and About 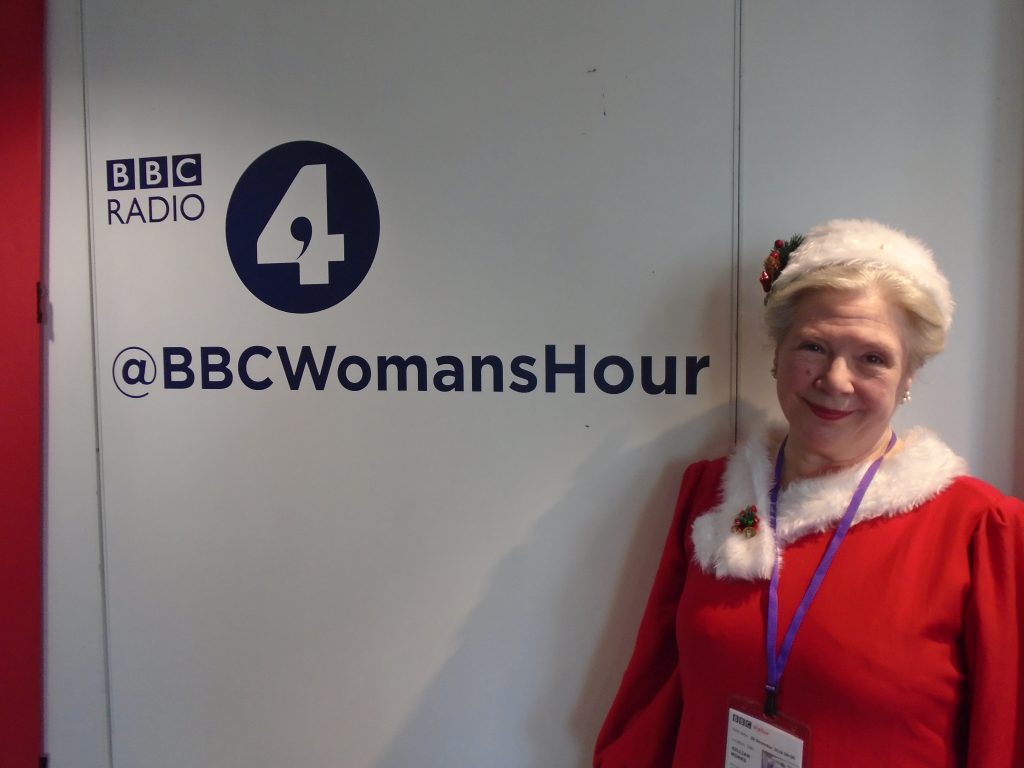 I have just spent the most amazing time in London!

From meeting my wonderful publicist, Debbie, (who has done a really brilliant job of promoting my work!) to all the truly lovely people at Broadcasting House and Talk Radio to all the utterly amazing people I came across in the bustling streets of the city, to having a belated lunch with my very dear editor, Katy, I have been totally blown away! I am still trying to process it all now I am back home this morning!!!

Going to the BBC was an experience in itself… sitting in the Green Room, meeting everyone involved, being in the production room and handing round the tin of home baked Solstice biscuits I had taken with me before I finally went into the studio to talk to Jenny Murray on air. This lovely lady was kindness itself… even when I overran slightly on my last answer!

In one sense I felt slight relief when I re-emerged back into the Green Room – lots of hugs and the taking of photos all round. But then Debbie informed me that Talk Radio had been in touch with her and could I go and chat to them live on air just after lunch? Of course, I jumped at the opportunity! Unfortunately, Debbie had another appointment to go to so couldn’t accompany me but in one sense, that was when my real adventure began…

I was let loose on my own in the main streets of London – my most favourite part of London – Regent Street and the quieter backstreets down to Piccadilly. But I found I could hardly progress along the pavement or enter a shop without causing quite a stir. I had dressed for the occasion of talking on the radio about Christmas and Midwinter and was wearing my long red dress with the white fur collar and the little matching white fur pillbox hat with a seasonal decoration pinned to the side. Everywhere I went I had people calling out Christmas greetings and seasonal compliments and references to Santa Claus and Mrs Christmas. If I mentioned that I was so dressed because I had just been on national radio to talk about my book, everyone wanted to know about it. I found myself holding brief impromptu discussions in cafes, stores and in the middle of the pavement on various aspects of the origins of our Christmas celebrations and what the Solstice actually is.

One delightful lady asked if she could have her photo taken with me to send to her family and went eagerly off in search of ‘Merry Midwinter’.

I began to feel remarkably conspicuous – although everyone was so hugely kind, enthusiastic and interested that it was real pleasure – but it was with a little sigh of relief that I could sink back into the brief anonymity of a black cab for the drive to the Talk Radio studios.

Here, again, I was met with smiles and loads of kindness. Jamie East was wonderfully easy to talk to and I was frankly amazed when the conversation turned away from Midwinter as such to druidry specifically – it was a direction I hadn’t seen coming! What the listeners thought when Jamie began to describe the outfit I was wearing and finished by saying that I smelled gorgeously of mulled wine I have absolutely no idea. I just hope that they assumed I was scented with Christmas spices and not reeking like a brewery – in actual fact it was my favourite perfume, ‘Charlie’!

After that, I met up with my wonderful editor, Katy, of whom I have become immensely fond. She wanted to take me to a late lunch, but by this time I was so awash with excitement and adrenalin  that I was practically hovering at ceiling height! So we settled ourselves in a lovely Turkish restaurant and had a simple selection of starter dishes while I gradually relaxed and drifted back to earth!

And we talked… about possible new projects which I shall begin working on in the new year… if they get approval from my publisher, Unbound. But that is a tale for another day….

Off to the BBC!